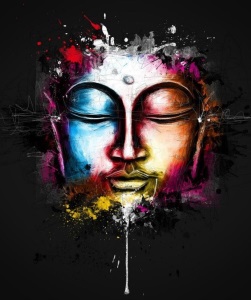 Zen is a school of Mahayana Buddhism that developed in China during the 6th century as Chán. From China, Zen spread south to Vietnam, northeast to Korea and east to Japan. The word Zen is derived from the Japanese pronunciation of the Middle Chinese word Chán, which in turn is derived from the Sanskrit word dhyana, which can be approximately translated as “absorption” or “meditative state”.

Zen emphasizes the attainment of enlightenment and the personal expression of direct insight in the Buddhist teachings. As such, it de-emphasizes mere knowledge of sutras and doctrine and favors direct understanding through zazen and interaction with an accomplished teacher.

Son Of Saturn – Sun Is Shining

Son Of Saturn – Wisdom Of The Ages

Kalki – Destination Back to Godhead

One thought on “Zen Hop”