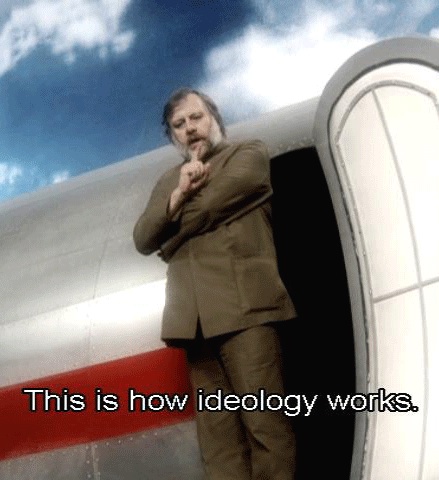 Dargo glanced to the right and saw her sitting at a table with books piled in front of her. He wondered why she wanted to meet him in the New York Public Library of all places. With the media going berserk, he badly needed information about Sin for Salvation. ‘What’s the deal?’ he asked.

‘Sin for Salvation – it’s all here.’ Sarah held up a folder with FBI markings. ‘I got the report back from the Cult Awareness Unit.’

‘So why aren’t we looking at this in Pearl Street?’

Sarah showed him a thick book with a black cover: Gnostic Heresies. ‘You won’t believe it, but a taxi driver told me to read this and I decided to check it out. It’s got all the same stuff that’s in the report, plus a lot more.’

‘You’re telling me a New York cabbie had the answers all along?’ Dargo scowled. ‘OK, tell me the score.’

‘Sin for Salvation is about jailed souls.’

‘Come again?’ Dargo rubbed his forehead with the heel of his hand. ‘Tell me it from the top. Just the main points.’

‘Do you remember the story about Satan rebelling against God?’

‘Sure. He lost, got his ass kicked out of heaven, then created hell.’ ‘Right, but according to Sin for Salvation, hell isn’t what you think it is. It’s not an inferno far away in some spooky dimension. It’s a lot closer to home. In fact, this is the world Satan created – the earth.’

Dargo was amazed as Sarah explained about this outlandish religion. Apparently, the universe consisted of two components – spirit and matter. The spiritual universe was a perfect paradise, heaven itself, populated by beautiful souls, while the material universe was full of drones – bodies without souls – and was a hell of desire, deceit and violence. But some souls became curious about matter, something so enticingly different from the spiritual world they inhabited. Sex, in particular, fascinated them. To some souls, sex and the human world were impossibly tempting and they became obsessed with the idea of getting inside a physical body. So, they left heaven and came to earth where they took over human bodies, the drones. What they didn’t realise was that they were then imprisoned. There was no way out of the physical world, no way back to heaven. At least, no easy way. Sin for Salvation was the gospel showing jailed souls the only escape route. Salvation was possible only if a soul learned to despise everything connected with the material world. The pleasures of the flesh were the main dragon that had to be slain. Sarah said that the cultists believed that the only thing that could overcome sexual desire was satiety. The greatest sins produced the greatest overindulgence, and therefore the trapped souls’ best chance of freedom. According to Sin for Salvation, it wasn’t sin that kept people out of heaven, it was the lack of it.

‘Jailed souls, huh?’ Dargo said. ‘And by the time you’ve committed every sexual perversion, every crime, every sin, then you’ve overcome your desire and freed yourself of the world of matter. You’ve bought your ticket out of jail, right?’

Sarah nodded. ‘Each sin brings you closer to heaven. The bigger the sin the nearer you get. They say salvation can be achieved not by being good but by liberating yourself from your body. Heaven is for souls, not for good people. Sin gets you to heaven, not goodness. Once you’ve sinned enough, you can return to the spiritual world, purged of all material desire. If you don’t sin enough, you’ll remain curious about flesh and you’ll stay ensnared in the physical world, reincarnating in new drones as old ones die.’

Dargo stared at the floor, bemused.

‘Devils, demons and the fires of hell don’t exist as far as Sin for Salvationists are concerned,’ Sarah went on. ‘In their religion, the good guys and the bad guys from the Bible are swapped around. Cain, Judas, Pontius Pilate, even the serpent in the Garden of Eden, are all proclaimed as heroes because they opposed the creator of this world.’

‘Think how dangerous this is,’ Dargo said. ‘If it caught on, no one would know right from wrong.’

‘There’s another thing. Because Sin for Salvationists believe Satan made the earth, they think that anyone else who claims to have made earth must be Satan too. So God, Jehovah, Allah are just different names for Satan.’

‘Everyone else’s God is their Devil?’

‘They have other names for him. One is Rex Mundi, the King of the World. The name they use most of all is the Demiurge.’

Dargo frowned. ‘These people hate God, hate the world, hate their own flesh. They don’t give a damn about human life. Guilt means nothing to them. They’re capable of anything.’

‘I’m certain Warren was mixed up with Sin for Salvation,’ Sarah said. ‘That thing at Dromlech Castle must have been one of their ceremonies. That’s why everything was so freaky. I think they committed mass suicide as their big sin to get them back to heaven.’

‘But why was Warren killed?’

‘Dexter’s behind the whole thing. He’s controlling all of these Sin for Salvation people. They’ll do whatever he wants. The reason he was at Dromlech Castle was revenge. Warren was first on his list. The mass suicide might have been some kind of perverse victory ceremony once Warren was dead.’

‘You remember that transcription you found in the locket at Craigavon Hall, the thing about How long will death reign? As long as women bear children. This book explains it. It says the quotation is by Jesus and appears in a suppressed gospel. It means that souls will be safe only when there are no more bodies left on earth to trap them.’

Dargo shook his head. ‘These guys want to annihilate the human race.’

‘The book also mentions Prohibition A – what the name means for Sin for Salvationists.’

Dargo gasped. For a second he thought he glimpsed a world of universal crime, a planet of slaughter.

‘As for the Prohibition A nightclub,’ Sarah went on, ‘the sign at the entrance says, “Sin is the key. Salvation is the Reward.”’

‘So, everything ties up.’

‘The club is based on a fantasy sex journey through hell. Every sexual taste is catered for. I think the idea is that by the end of your journey you’ve had so much sex that you’re sick of it and your soul is ready to go back to heaven. You reach a final destination beyond hell – called Circle Ten – where all your physical desires have been expunged.’

‘The launch pad to heaven, huh? That explains why they have ten circles on their wrists. That’s the sign that they’re ready to leave this world.’

‘Then throw in the fact that John Dexter was at the club.’

Dargo took a seat beside Sarah. ‘It all makes sense. Dexter is using Prohibition A to recruit people into a cult and converting them into suicidal killers.’ He shook his head. ‘But why? What’s the point?’

‘If he’s here for revenge against the people on his list, why is he blowing up newspaper people?’

‘Maybe he actually believes in this stuff.’

‘It doesn’t matter. He has to be stopped.’

‘When are we going to make our move against him?’

‘Soon.’ Dargo rubbed his sore leg. ‘There’s no way he’ll make any basic mistakes, but if we can guess where he’s going to strike next we can be waiting for him.’

‘There’s only one place I can think of.’

One thought on “Illumination”