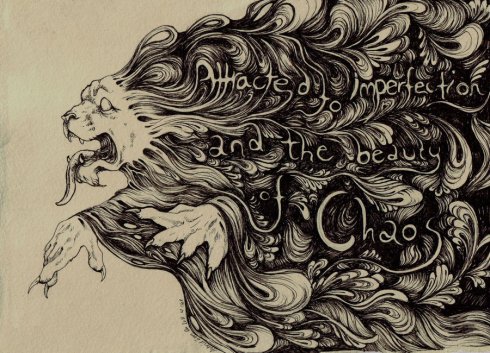 […] Meanwhile, while no one was looking, psychoanalysis has evolved into an open-minded, vital, interactional process that may not get the attention or command the power it did in the 1950s and 1960s but helps people much more than it used to. Although I am not a psychoanalyst—I couldn’t sit still long enough for the years of training it requires—I admire what psychoanalysis has become today. People outside the field don’t know it, but psychoanalysis is perhaps the last spot left in all of medicine where understanding the patient as a person is the first task, if not the only task.

At the same time, modern psychiatry risks becoming merely a game of connect the dots. Patients arrive at the doorstep filled with pain and worry. After they fill out numerous forms, they get a quick visit with the doctor. In ten or fifteen minutes they are asked to list their symptoms, while the psychiatrist’s mind whirs through the various patterns he has learned from the diagnostic manual, or DSM-IV. He often doesn’t have the time or the training to look for the person inside the patient sitting before him. He is trying to match up a required number of symptoms with a given DSM-IV entry to make a diagnosis. Once the patient lists enough symptoms in a category, Bingo! You have a diagnosis. Maybe it’s major depression. Maybe it’s mania. Maybe it’s generalized anxiety disorder. Maybe it’s ADHD.

Once you name enough symptoms to reach a diagnosis, your doctor’s mind now whirs through the medications that match the diagnosis, and she picks one to offer you. Sometimes she picks a few, and lets you join her in making the decision.

A few minutes later, you leave the office having been given a diagnosis and a medication. You feel confused, unheard, and unhelped. But, being in distress, you take what you’ve been given and hope the medication will be good enough to make up for what the process lacked in empathy.

The interaction with the doctor takes as little time as possible, because the insurance company is watching, and such time wasters as empathic conversation or humorous asides take minutes for which there will be no reimbursement.

This is a caricature, but, sadly, a caricature that comes close to the hurried reality of psychiatry today. We psychiatrists rightly boast that we are more evidence-based than we used to be, and that our diagnostic criteria are based upon objective symptoms and behaviors, not subjective intuitions. But while the science has progressed spectacularly, our implementation of it has grown so impersonal as to be frequently ham-handed and even rude. That’s not a good way to heal emotional wounds.

Delivered from Distraction: Getting the Most out of Life with Attention Deficit Disorder, by Edward M. Hallowell and John J. Ratey